Bi-Weekly Political Roundup: We’re Much Better Off Than We Were Four Years Ago Edition

For all the complaints of Baltimore being (or at least feeling like) a small city, it does have one distinct advantage over some of its larger counterparts, namely the ability to sometimes be in two places at once. That’s exactly what we plan on doing tonight as we ping pong back and forth between the No Friends/ Deep Sleep show at CCAS and the regular meeting of the Baltimore Chapter of Drinking Liberally at Joe Squared. 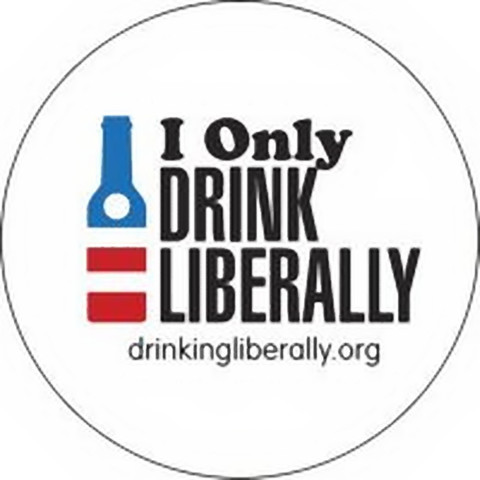 With both events starting at 7 pm, it won’t be difficult to ask a friend for a text message alert when the bands are about to play, and spend the rest of the time around the corner at Joe’s drinking beers and talking politics. It’s a lucky break too, as tonight marks the last regular meeting at Joe Squared until the spring. For the rest of the Fall/Winter season the DL crew will be alternating between two of the Chop’s other favorite establishments, Midtown Yacht Club and the Laughing Pint. For anyone who’s a fan of those bars, but has been hesitant to make the trip up to North Ave, we’ll be sure to save you a seat.

We feel like we should be much more excited about politics today, what with the elections so close, but the truth is that there’s not much happening right here in Maryland, now that the Democrats have the governor’s race in the bag.

The Chop is endlessly pleased that Martin O’Malley and Bob Ehrlich have a real and genuine dislike for each other. We can’t stand all this “my good friend” and “the distinguished gentleman” type rhetoric you sometimes hear during campaigns. We see nothing wrong with partisan politics, and at the end of the day, although we may loathe and despise the Ropewalk crowd, we secretly respect them much more than these so called ‘swing voters’ and ‘undecideds’ who are really just wussies and retards.

But even with the abiding distaste that MD’s last two governors share, the campaign has remained pretty dull. O’Malley is running a crummy campaign (a kitchen table? Really???) But somehow, Ehrlich is doing even worse. He’s pouring on that fake-ass homer Arbutus charm and trying to make the case that he was a good governor (He wasn’t. Not by any metric. Ineffectual at best.) and the case that Maryland was a paradise four years ago and that it’s one big Hooverville now.

The truth is that Ehrlich only got to be governor in the first place because Kathleen Kennedy Townsend was one of the weakest candidates, running one of the weakest campaigns in the history of our fair state. Sure, those were better times nationally, but Maryland has quite frankly done a better job of weathering the storm than almost every other state. California, Nevada, Ohio, Florida… these are places with problems. Maryland’s local economy has remained vital. Businesses small and large are still opening and operating, whether they’re wont to complain about taxes or not.

Bob Ehrlich’s big final push is a direct rip off of some Reaganite pap from the 80’s, and honestly Bob, Yes. We are better off than we were four years ago.

Four years ago we didn’t have a car. We were able to buy one with cash. Four years ago we didn’t have a job, now we’ve got a legitimate skill set in a very secure field and get paid to travel around the world and take 6 months of vacation every year. Then we had no insurance and a mouth full of cavities. Now we’re covered and smiling brightly. Four years ago we were living in our parents’ basement. Last year we were able to buy a renovated house in a neighborhood we like and even get rental income from our best friend and roommate. Four years ago we were in a twin bed and eating from TV trays. Now we’re sitting at the head of a well appointed table and sprawling out in high thread count sheets on a queen sized bed.

We could go on, but the point is clear: The Chop is much better off with O’Malley in Annapolis, and so is the rest of Maryland.