How to Stage a Boycott, Hon

Most of you probably well remember the Great Hontroversy of December 2010, in which Denise Whiting trademarked the term “Hon” in various forms, and crowed about it in the media in an attempt to drum up publicity for her newly opened tacky souvenir shop, just in time for stocking stuffer season.

Ink was spilled and the fat was chewed (and not just in the restaurant), Facebook groups were formed and street protests organized, but in the end all it really amounted to was a collective “Yeah, fuck that lady.” Fast forward to June 2011: Honfest is upon us again, and Whiting has managed to piss people off even further by banning the sale of cat’s eye sunglasses and cans of hairspray and telling people that their political opinions and religious beliefs are not welcome. Everyone shall worship at the altar of HON, and all hail the mayor of Hon Town. 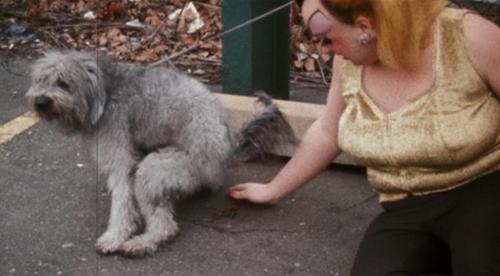 A visual approximation of our sentiments toward Honfest.

So we’re Skipping Honfest this year. This isn’t really news, since we’ve never actually been to any of the previous Honfests. Shitty grandpa music and overpriced Heinekens aren’t really our cup of tea, and we’re put off by anything that’s so cartoonishly self-referential and clichéd, especially when it’s organized by one of Baltimore’s most hated people. Honfest is not so much a festival to be enjoyed, but a product to be bought, paid for and consumed.

We wouldn’t call it a boycott though, and we bristle when we hear other people use the term. Most people in the modern age have a poor understanding of what a boycott actually is, let alone the skills or wherewithal to organize one successfully. Before you go calling for a boycott this weekend, or anytime, it’s a good idea to know what the keys to a successful boycott are:

Organizing a legitimate boycott is a lot of work, and can be a very long-term undertaking. When the faux-Hons invade the Avenue this weekend, we won’t be boycotting. We’ll be protesting in a truly homegrown Baltimore way- talking shit, holding grudges, and counting down the days to Hampdenfest.