A Week’s Worth of Things to do… Tonight!

The general idea here at the Baltimore Chop is that we blog about the things we do when we go out at night. We pick a thing to do, and then basically tell why it’s worth doing. Some nights we have to go looking for something to do. Some night’s we’re lucky enough to have two events to split the evening. Tonight, there are no less that five things going on that we’d love to do, and that we think you should do too.

So we’re not going to pick one to recommend, but instead lay out the options and let the people of Baltimore decide for themselves. Wherever you end up, have fun and don’t get fooled. 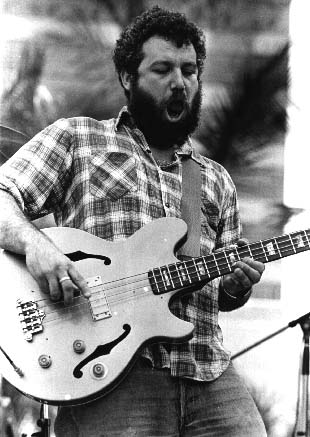 Mike Watt and the Missingmen play the Ottobar tonight. 10 pm.

So, it’s not really for real Opening Day yet, but the first official game of the Orioles’ season will be broadcast from Saint Petersburg against the Rays at 7:10 tonight. Go get a Boh and watch it.

Mike Watt and the Missingmen play the Ottobar with Red Sammy and Northernmost. 10 pm/All Ages.

The Pains of Being Pure at Heart are on the mainstage at the Black Cat with Twin Shadow, although this show sold out well in advance.

Sick Sick Birds are back to playing shows again, and will be at CCAS with Unwelcome Guests, Aspiga, Pipe Smoking Rabbits and Dead End Lane. 7:00 doors.