Some popular new ideas are nothing more than teeny tiny tweaks of very old, very good ideas. Roller skates were tweaked to make rollerblades. Facebook was just a better Myspace. They put sleeves on a blanket and called it a Snuggie.
It’s in that spirit that we offer you a small tweak to the grandaddy of all classic cocktails, the martini.

Notice we said “tweak.” Not improvement. Not “major breakthrough.” The poor martini has been ‘reinvented’ so many times that many casual drinkers don’t even know quite what a martini actually is. All we offer here is a slight variation: something you may want to try just once at least, or just once in a great while at most. 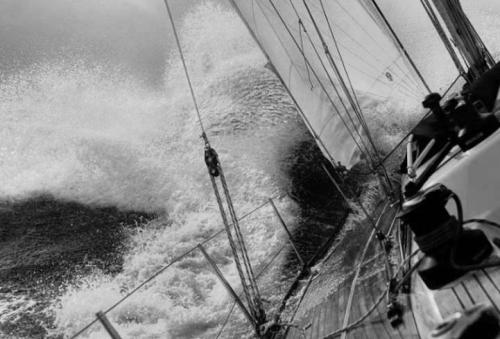 What we have here is mostly just a “dirty” martini, with a slight variation and possibly a twist on the garnish. It’s not something you’d order just anywhere, or drink just anytime, but if at some point this Summer you find yourself overlooking the harbor from the Rusty Scupper’s dining room, or out on the deck at Nick’s Fish House, this version of the martini might be just the thing before dinner.

Chill and mix as you would a traditional martini, serve straight up.

Of course, drinking actual seawater is never recommended, but the saltiness of olive brine mixed with the piscine flavor of clam is a very close approximation for a cocktail glass. We mentioned that you might want to call for one of these at a seafood restaurant, and aside from mixing one at home, that might be the only place you can order one. Clam juice isn’t exactly a common ingredient, even behind the best-stocked bars.

You can certainly try this with good, crisp gin as well, although clams and olives and gin might be a little overwhelming. This is already a very savory drink with vodka, and like some other produce of the sea, it simply won’t be for everyone.