We’re loathe to admit that New York City has ever done anything better than Baltimore. Sure, they do everything bigger, but that’s not necessarily better.

It almost killed us when we were forced to admit that they’ve outdone us for happy hour, and it hurts us again when we have to discuss the matter of buybacks. 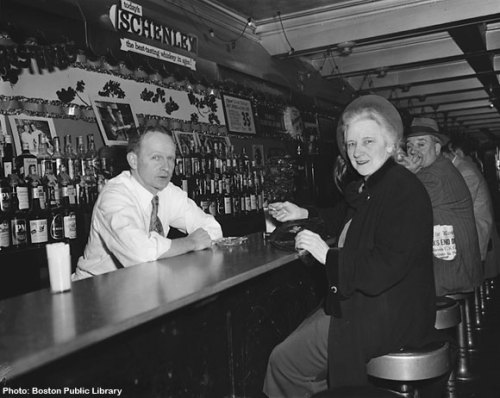 The next round's on the house, Hon.

For those unfamiliar, a ‘buyback’ is a round of drinks received on the house after buying a few rounds in a row. The idea of the buyback is an old tradition which is present in bars nationwide, and even internationally, but nowhere is it more ingrained than in New York. In Manhattan and its surrounding boroughs, a round on the house is almost an entitlement in any bar worth drinking in. Instead of giving bartenders ‘shift drinks’ to comp at discretion, it’s not unusual for management in NYC to have stated policies on buybacks for employees and patrons to follow.

Granted, it is a decidedly old school practice, and like much of old New York is barely fighting to stay alive. This is why we were so pleased to discover by accident a website devoted entirely to finding and documenting the best bars for buybacks on the internet.

BuybackNYC.com never appears to have made it out of beta, and their scant blog hasn’t been updated in some 14 months. Still, their FAQ page is an excellent primer on the culture of buybacks, and the idea of mapping buyback bars is absolutely genius. We’re sorry it didn’t work out better.

Here in Charm City, people are currently still in a months-long frenzy over ‘deals’ sites like Groupon, LivingSocial, Chewpons, CityCents, Mobile Deals, Google and Facebook deals, etc. Personally, we’ve never understood the appeal of most of these, as a lot of them are designed to get you to buy something you wouldn’t otherwise, and to spend more than the value of the ‘deal.’ How many times has a $10 for $20 worth of food coupon turned into a $50 restaurant check? Many, we’d wager. Then there’s a whole host of restrictions and limitations to deal with, not to mention the problem of places closing down before you’ve got a chance to claim your deal.

We’ve always been more partial to specials that are offered directly by bars and restaurants themselves, and we’ve long admired the potential for sites and mobile apps like 600 Block, which like BuybackNYC is still in beta, and seldom if ever updated. At its inception, 600 Block was an invaluable tool for keeping track of the cheapest drinks in town. Unfortunately, a site like that is just too much for one or two people to keep updating daily when the only revenue is Google ads and a few local restaurant sponsorships.

The only solution we can see to the failure of such great ideas is is the publication of a fixed list, with regular specials that recur year in and year out, or to make happy hour calendars a wiki, which can easily be updated and edited by anyone, whether they happen to work in a bar or not. We’d love to see a wiki buybacks site here in Baltimore, to help prevent certain neophytes from walking into bars and behaving like a hipster dufus.

In the meantime though, we’ll continue to find our buybacks and happy hours the old fashioned way; on a barstool.

God Save the Queen!

Today is Saint Patrick’s day, Baltimore. It’s that most drunk and sloppy of meaningless phony holidays which are completely insignificant and thoroughly unenjoyable. We’re already on record as being against drinking holidays and the rabble they produce as a matter of principle, and all of this green and phony-baloney Irish crap doesn’t sway our opinion in the least. Throughout history the Irish have shown themselves to be little more than illiterate Papist subsistence farmers, no better than, say, Guatemala when you really think about it. Instead of ‘Kiss me, I’m Irish,’ we prefer ‘Kiss my ass, I’m American!’

Rather than swill green beer and play at being some sort of drunken foolish hooligan, we’re intending to mark today in the manner we think most proper… a celebration of all things English. 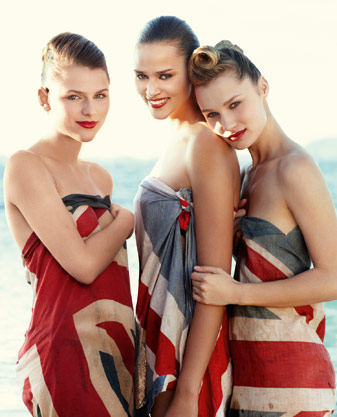 The Chop celebrates England, in all her glory.

With the closing of Canton’s Tyson’s Tavern last Fall, the area’s base of proper English establishments was reduced by a third. Fortunately, two British outposts remain in Central Maryland as a testament to and a reminder of the greatness of the English nation.

If you’re south of the city, Union Jack’s in Columbia is about as British as it gets this side of the Atlantic. We’ve never been, but the photos on their site remind us instantly of some of the pubs we saw in the high street on our trip to Southampton. With a full menu, some 60 beers, and four distinct spaces, there’s little reason to leave once you’re settled in.

If Howard County is a stretch though, you can still get your full fix of all things Anglo at Brighton’s. Hidden away on the second floor of Light Street’s Intercontinental Hotel, Brighton’s is something of an ironic contrast when compared with Union Jack’s. Although it’s in the heart of the city, the ambiance here is decidedly more upscale with something of a country feel to it. It wouldn’t take much suspension of disbelief to arrive around tea time and swear that you’d walked into a country estate, just after the hunt. It also offer’s close proximity to one of the city’s very best bars, the Explorers Lounge. The martinis here may be damn close to $20, but it’s a guaranteed lock that you’ll be able to drink one in peace without encountering a single one of the tossers and punters about in Federal Hill.

If you’re not as flush as all that though, you can still celebrate the same way we plan to: by donning our Arsenal jersey and spinning a Billy Bragg record while whipping up a vegan shepherd’s pie or a bread pudding, and settling into it with a James Bond flick and a pukka dry martini.

(We’ll keep admiring the English right up until about the Fourth of July, at which time of course we’ll conveniently remember our own Yankee superiority, which bows to no one and takes pride in being a citizen, not a subject.)

Filed under A Day in the Life of the Chop, Chop on the Spot

Just before New Year’s we weighed in with our opinion on Baltimore’s 2 am last call law. While some find it absurd, offensive, and annoying, we really don’t mind it much at all. Love it or hate it though, 2 am last calls aren’t going away anytime soon in the City of Baltimore.

Since it’s here to stay, we all might as well make the best of it. When you’re out late this weekend, or any weekend in the future, keep in mind that there is a well-established protocol- a set of House Rules if you will. While the drill may vary slightly from bar to bar, the last call ritual is easier to endure when you know the rules. 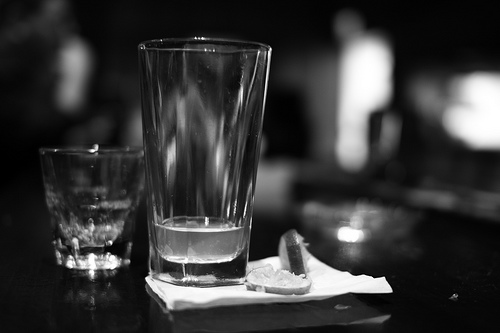 Know and understand Bar Time. First thing’s first, when you arrive at the bar you intend to close, locate the House Clock. This will almost always be a large, non-digital clock, most likely behind the bar, but possibly at its end, near the front door, or high on the opposite wall. This clock will be set to Bar Time. Bar time is usually 15-20 minutes ahead of real time, but may even be as much as 30. It may be 17, maybe 12 1/2 doesn’t matter. Whatever it is, that’s what time it is. Doesn’t matter what your watch says. Your watch is wrong until you’re on the other side of the door.

Anticipate the last call-call. When the Bar Time clock says 1:30, you know that last call is coming in the next few minutes. If you’re already ready for another round, get it before every other jerk in the bar orders ‘one more for the road.’ If the bartender asks you ‘Would you like anything for last call?’ or just announces it to the company at large, you should know immediately a) whether you want to order and b) what you want to order. Whether it’s one more of the same, a round of shots, or something for a nightcap, now is the time to order decisively.

Make preparations to leave. If you need a cab, arrange for it now. If your party got separated, get them back together posthaste. If you need to get a phone number, get it before the lights go up. Finish your drinks. Don’t Chug, just finish. If you can’t or don’t want to, then don’t. No shame in that. Now is also a good time to get your coat, since barroom coat theft is a problem rampant everywhere from Baltimore to Blighty.

Pay your check. It’s best to ask for your check before the bartender closes all tabs and hands them out. You should be asking for your check at the same moment you order your last round, before everyone else has a check to pay also. This is also a very good time to ask for a six pack to go if you need one, because it’s not like you can stop by the liquor on the way home, yes?

Know the difference between Last Call and Bar’s Closed. When the lights are turned on, the stools go up, and the staffers start making comments like ‘If you don’t work here and you’re not sleeping with someone who does, you have to leave now.’ that’s not last call anymore. That’s the bar being closed. That’s when you walk out of the door because the bar is not open anymore. Don’t stand around complaining. Don’t go for the bathroom. Don’t try to continue drinking. Just leave. Bouncers and barbacks in this town *will* snatch the drink right out of your hand and tell you to fuck off. Please don’t make it come to that.

Get the hell out of there. Don’t stand out front smoking cigarettes for an hour and a half. Don’t make out in your car in the parking lot until dawn. Don’t walk around in circles drunk dialing people for no good reason. Go home. Or go to the diner or Wawa or someplace. But mostly go home.