As you know, we usually only talk politics every second and fourth Wednesday, in conjunction with the regular meetings of Baltimore Drinking Liberally. Drinking Liberally will happen as scheduled tomorrow (Joe Squared, 7pm), but we’ve got something else cooked up for then, so we’re waxing political today.

There’s definitely no shortage of topics to cover at the moment. The GOP seems to be having debates about once a week, and each one is more disgraceful than the last. Today though, we’re going to focus on one single idea. 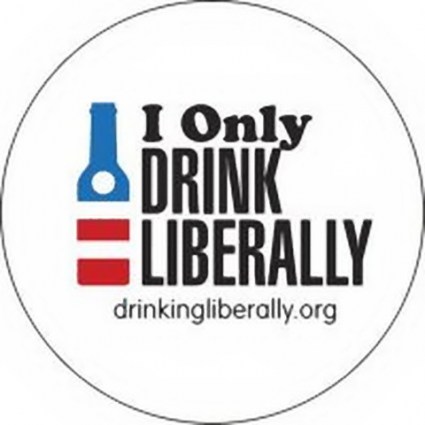 It may not be a wholly original idea, but it did occur to us quite on its own and we haven’t been able to shake it since. At any rate, it’s not a very popular idea- as we’ve never seen or heard it discussed anywhere in the media- and after we put it forth on our humble little blog here it probably won’t get much more traction because it’s frankly a very uncomfortable idea to accept.

Saddam Hussein never would have survived the Arab Spring.

On the face of it it’s a pretty simple thing, and most people might even shrug it off and say “Hm. Yeah, I guess so. Whatever…” But the more you think of it the more disturbing it becomes. It implies that the entire Iraq war effort was completely unnecessary. They likely would have come to the same result on their own.

Now, there were many, many people who said before the invasion that the war was wholly unnecessary. The Chop was among them, and we knew at the time that there were no WMD’s, that there was no collusion between Iraq and Al Qaida, and that Iraq presented absolutely no threat to the United States. But the point of this post is not to say we told you so. It’s to ask the question What if we’d known the Arab Spring was coming?

Of course, none of us has a crystal ball, and back in 2003 there wasn’t anyone anywhere who was predicting what’s going on now across the Arab world. Hindsight is 20/20 though, and it would be irresponsible of us as a nation not to examine our actions and motives in light of subsequent events. Saddam Hussein was not drastically different from any other Middle East dictator, and if anything the Iraqi Street was even more primed and ready for a revolution than most of the country’s neighbors.

A best-case scenario for Iraq would have been a revolution similar to that which occurred in Egypt. This is the type of regime change that was laid out by the Bush administration at the time; a quick bout of fighting with a minimal number of casualties followed by an orderly transition to democratic rule. Unfortunately, they couldn’t deliver on it. We actually passed through Egypt in July and the lower-level nonpolitical government officials we dealt with were not only still showing up for work and keeping things running smoothly, but there was actually less evidence of bribery and corruption about.

A more likely case for Iraq would have been what happened in Libya. The US already had a no-fly zone and a raft of sanctions in place in Iraq, and there’s little doubt that that the US, NATO or both would have been delighted to manage Libyan-style air strikes on Regime targets, even to the point of “shock and awe.” As soon as the first bomb fell the PKK would have seized complete control of the North, and the Shiite militias would likely have taken the south without much difficulty. The Republican Guard should have stayed loyal to Saddam, but regular Iraqi army units probably would have defected almost immediately, either remaining loyal to a cadre of generals or blending into militias.

Saddam himself would probably have done just what Gaddafi did, hiding out in or around Tikrit, or possibly attempting a run for the Syrian border. It’s entirely possible that his clown-show of a trial and his inhumane circus of a hanging would have happened exactly as they did, as there was little US or international involvement in either of those events. The “Sunni Awakening” might have been part an parcel of the larger Arab Spring, and in the end it’s easy to imagine that Iraq’s post-revolution government would be just as hapless and dysfunctional as its post-invasion government has been. The absolute worst case scenario would have been a bloody years-long nationwide civil war, but the Iraqis had that anyway, whether the neo-cons want to admit it or not. They could have just as well fought their civil war without us.

We have to mention too that Libya is a nuclear-armed country. That is to say, they have real, actual weapons of mass destruction. There are also large stores of chemical weapons there that were not used throughout the revolution by either side. The answer in Libya did not “come in the form of a mushroom cloud” so to speak.

But Libya isn’t even the worst-case scenario. We’ll grant that it is possible Iraq could have seen the horrific type of one-sided massacres that are still happening today in Syria. However, the situation in Syria is far from over. We don’t see any way that the Assad regime can come out of this in tact, especially given that he’s garnered the type of widespread international scorn and condemnation that Saddam never did.

Now, what about the countries that didn’t revolt? What about Saudi Arabia and Bahrain, where blossoming discord was nipped in the bud?

The Saudis basically bought their way out of a revolution, giving everyone in the country a nice check and creating thousands of new jobs, primarily to be filled by men 18-25. It’s easy to fight on an empty stomach, and the Saudis are now making goddamn sure that every able-bodied fighting-age man has a bellyful of bread. Likewise, they’re exerting a lot of influence and pouring a lot of resources into their much smaller neighbor Bahrain. They even put Saudi troops on the ground there to keep the peace. After so many years of sanctions, Saddam simply didn’t have the money to buy his way out of a revolution, and no one else had nearly enough power and influence to offer protection to such a large country as Iraq.

So there we have it. Ten years on and the result in Iraq might have been exactly the same. Well, almost the same: without invading, we would have saved one trillion dollars ($1,000,000,000,000.). We’d have saved the lives of over 4400 US service personnel and up to 100,000 Iraqi civilians. No Abu Ghraib. No Torture. No diversion of resources from Afghanistan. No war profiteering.

And George Bush says he has no regrets.