Chop Style: Rick Dempsey is the Worst-Dressed Man in Baltimore

It’s been a long standing ‘elephant in the room’ in this town that Rick Dempsey is one of the worst dressed men in Baltimore. Okay, maybe not the worst in the entire city but certainly the worst dressed on television. We watch a lot of O’s games here in our Stately North Baltimore Pleasure Dome, and we can hardly stand the post-game shows anymore… not because of the O’s horrendous record, but because Uncle Rick’s suits are a terrible eyesore.

When we call out the Dipper, we do it from a place of love. We sincerely hope he’ll take himself down to one of those awesome Jos. A Bank sales that seem to happen every other week and get himself outfitted properly.

Let’s start with the basics. This is a very serviceable suit, but it’s ruined by a tie that even George Bush wouldn’t wear, and a haircut that isn’t a haircut at all. It’s a piss-poor dye job that went to the dogs and a brushy mustache that’s downright unkempt. Hey Dipper, check out the Chop Shop or QG. They’ll do you right. 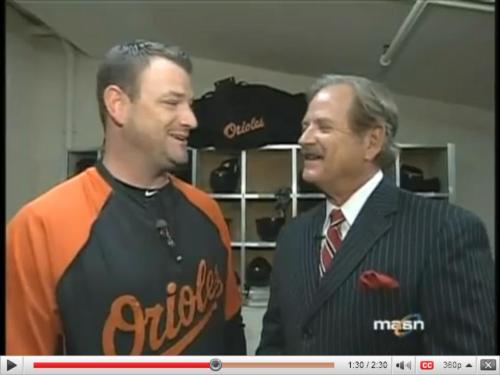 A three button thick-pinstripe suit with a broadstripe tie and matching silk pocket square??? You’re either a 1980’s investment banker or Biggie Smalls. Someone should tell uncle Rick that pinstripes are for Yankees. 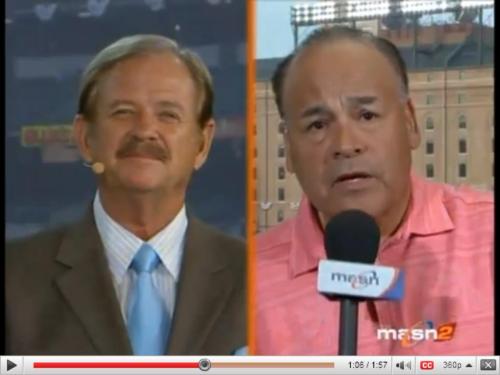 We see that Ollie’s Bargain Outlet sign behind your right ear, and we know they sponsor bargain night, which we love, but you shouldn’t buy your shirt-tie-and pocket square sets there for $12.99. In fact, you shouldn’t buy those in sets at all. We wouldn’t bury a pauper in one of those. That earpiece-microphone isn’t helping matters either. Clip it to your tie for Christ’s sake!

Here’s the same pinstripe suit with an equally ugly tie. Notice the way the pinstripes run in three different directions- a hallmark of sweatshop tailoring. Dempsey and Jim Hunter both dress like a couple of guys who saved up a week’s pay and found the nearest salesman and said ‘Dress me up fancy schmancy!’ It’s hard to tell from this picture, but the suit is also two sizes too large and the sleeves are two inches too long. 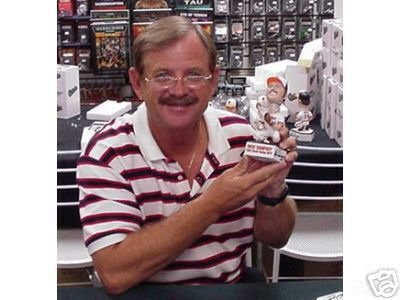 Unfortunately, the Dipper’s not much better off the clock. Here he looks like a professional stamp collector and quasi-pervert. Much as we honor the 1983 World Series Ring, you don’t need to wear it every day of your life every place you go with every outfit you own. 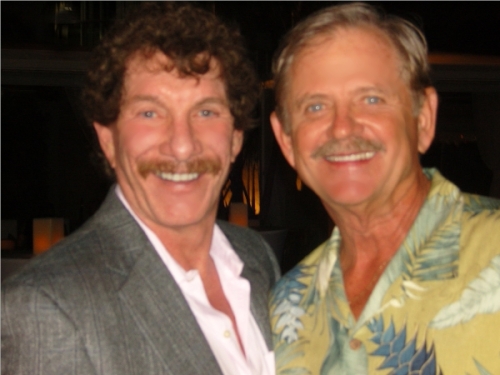 How do you make yourself look good? Stand next to some shart with a worse haircut, a goofier mustache, and an equally bad wardrobe. Still and all, is that Tommy Bahama? For shame, Uncle Rick… For shame. Leave that in the closet until Buffett plays Pier 6.

Here’s a rare instance of the Dipper looking good. The ‘stache is trimmed down cleaner than usual and the hair is growing grey gracefully while being artfully disheveled. the coat is quality cut and well worn.

Unfortunately, he manages to blow it by letting his shirt collar sit on top of his coat collar. Saturday Night Fever much? 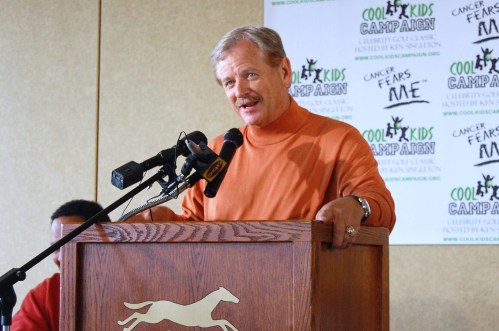 An Orange Turtleneck? And we caught you wearing a black turtleneck on Coffee With recently. A black turtleneck at 7 am in Spring??? Who the hell does that?!?! Maybe turtlenecks will be back in style the next time the O’s win a pennant, but they’re pretty ugly in this decade.

And this?!?! What the fuck is this?! Uncle Rick sings showtunes in the inner harbor amphitheater before a night out at the Baltimore Eagle and the Hippo? I guess if we’ve all got a favorite uncle, and we’ve all got a gay uncle, there’s bound to be some overlap.

Seriously though. It’s all in good fun. We’re going out to the game tonight, and when we head out to the bullpen area to nod to Uncle Rick, we hope against hope he’ll have caught on to Tom Ford, and finally be able to out-dress the rest of the broadcasting staff.

The O’s play the Yankees at home tonight on MASN. The Chop will be sneaking into section 8, drinking heavily, and yelling “Go back to Jersey, Hon!” every chance we get.